With so many methodologies and techniques available, which one should you choose? Two of the most prominent methodologies I’ve encountered are test-driven development (TDD) and behavior-driven development (BDD). In this post, I’ll describe what TDD and BDD are, discuss their real-world applications, and explain how they differ. In addition, I’ll talk about considerations between TDD vs. BDD.

Here are some facts to consider when thinking about TDD vs. BDD. 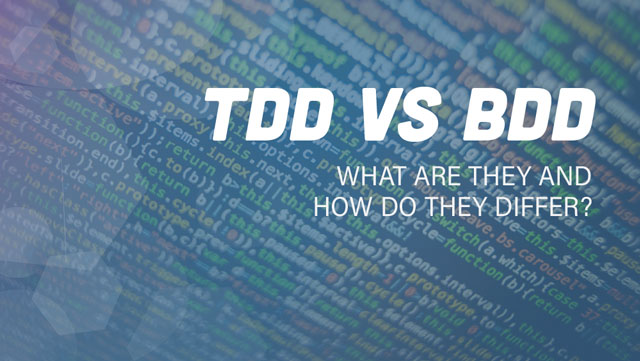 Test-driven development (TDD) is one of the most popular methodologies today for adding testability to a software project. Test-driven development became popular around 2003 via Kent Beck, alongside the test-first extreme programmingprinciple. TDD aims to provide 100 percent test coverage in code by working with a very short feedback cycle when writing code. The short feedback cycle drives implementation, verifying functionality with automated testing. In other words, you write tests beforehand and then write functionality so that the software passes those tests.

The TDD methodology and its short feedback loop are defined in Kent Beck’s book Test-Driven Development: By Example with the following steps: 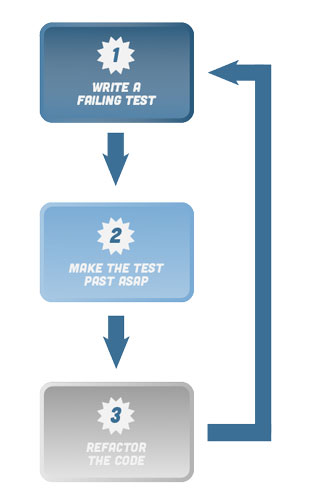 The first step with TDD is to create a “red” test that fails. This test doesn’t need to pass, or even compile at all. The primary purpose of this step is to define the functionality to test.

Once you’ve established a failing test, the next step is to make it pass as quickly as possible. There are no rules in getting the implementation correct to turn the test “green.”

Once you have a passing test, you have the means to test the functionality created in step two. The next step is to refactor the code to a good standard, such as by removing any duplication created during the previous steps. While refactoring, you’ll have the ability to use the test you just created to ensure that the code is always working as intended.

Of course, there are some disadvantages as well:

Now that we’ve covered the basics of TDD, let’s talk about the next testing methodology in our discussion of TDD vs. BDD, behavior-driven development.

Behavior-driven development focuses on creating user stories explaining the desired functionality. This is opposed to test-driven development, which focuses on having a feedback loop driven by written tests. In 2007, Dan North wrote a guideline for the different steps of defining a user story—let’s take a look.

The next step in writing a BDD test is to establish the “when” criteria. The “when” step describes the action occurring with the “given” content. Generally, this step is a verb describing something happening in a system, such as clicking a page or registering a user.

Finally, the last step is to define a “then” statement for the behavior-driven test. This statement describes the final result that occurs after performing an action with the “when” statement.

Let’s look at an example. If I’m building an application that collects registrations for an event, I’d think about the different functionalities this application can have. A core function to test would be the capability to add an attendee to an already existing event. My “given” statement would look something like: g_iven that an event already exists and is selected._

Next, I would create a “when” statement to provide an action to perform for this test. Since my goal is to add an attendee to an event, my “when” statement would be: w_hen a user registers for the given event._

BDD: Some of the Benefits

Let’s go over a few benefits of using behavior-driven development:

Now that we have a better understanding of behavior-driven testing, let’s look at the differences between TDD vs. BDD.

TDD vs. BDD: Understanding the Difference

When looking at the difference between TDD vs. BDD, it’s important to understand that you don’t have to choose just one or the other—you can use TDD and BDD together to cover your organization’s testing needs. By using aspects of both TDD and BDD, you’ll be able to have low-level tests for the details of the codebase, and higher-level tests that touch on the direct functionality desired by the customer. Additionally, the different sectors of your organization can have different involvement in the testing process. A different workflow in test creation can involve different team members, depending on their technical capability.

Second, an environment with more collaboration between the domain experts and development team will benefit from a stronger behavior-driven development process. This allows for tests written in simple English that makes sense for a non-technical user. In addition, behavior-driven tests make for great acceptance tests. These tests define the desired functionality without considering implementation details, allowing them to include non-technical users in creation.

Using TDD and BDD in Harmony

This post should have given you a good understanding of what test-driven development and behavior-driven development are. When considering whether to implement TDD vs. BDD in your workflow, both can create an effective test creation strategy. If you aren’t using one (or both!) of these methodologies, give them each a try and see if they help you with creating better tests for your software.